Since 2008 the sew systems gmbh is increasingly focusing on Geo-Services, meaning IT-Services, in which the geographical context plays an important role for the service itself. As a consequence logistic processes and challenges moved closer into the focus of the sew systems gmbh. Not only research-related projects were jointly or by order of the Johannes Kepler University carried out, but also projects with commercial partners such as the Upper Austrian traffic network, the Linz Linien GmbH or Hödlmayr Logistics Austria in Schwertberg. Some of these project are mentioned here after.

PONS - PONS (lat. "the bridge") is a research project with the focus to develop novel ideas, operating concepts and technical systems for the individual traveler and to create self-reacting interaction systems which require a minimum of attention in order to be used. In particular should Bluetooth Low Energy (BLE) via smartphones as well as via iBeacons be considered as so-called "Enabling Techonlogy". 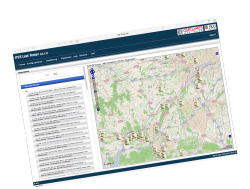 VIATOR - VIATOR (lat. "the traveler") is a mobile platform for smartphones that accompanies disabled people (for example, blind or disabled) during their journey by public transport and that informs them along their way about entrances or exits, delays or diversions independently and accross all transportation providers involved.

Spotnick - Spotnik is an app for Android and iOS that, in due consideration of restrictive privacy settings, visualizes geopositions of Facebook-Home-Locations, Facebook-Posts or movements of Facebook friends nearly in real time. Furthermore it is possible to place personal virtual markers on a map, which will post predefined Facebook-Posts whenever they are entered in real world. 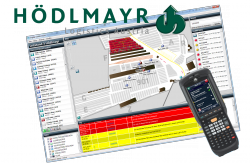 HODG - is a tool for optimizing and visualizing the logic processes on the factory premises of the Hödlmayr Logistics Austria in Schwertberg. Vehicle movements are optimized in terms of labor, time and moving distance and the current stock status as well as the position and the history of every single vehicle is visualized in a master control application. 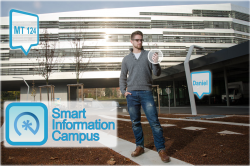 JKU Smart Information Campus - The Smart Information Campus (SIC) is an information system for students and members of the JKU Linz. It is available for iOS and Android as well as Symbian, Windows (PC) or as a web application. SIC helps to orient on campus or find POIs nearby and allows to connect with friends on a map and to chat with them. In addition, SIC provides access to infrastructure facilities such as the tram Monitor, the cafeteria or the event and LVA calendar at the JKU.

All projects listed above were implemented either completely, partly or with the participation of either the sew systems gmbh, formerly Software Engineering Weichselbaum, or of Otto Weichselbaum ad personam, either as a contractor, sub-contractor or as an employee and are merely illustrative of the know-how at sew systems gmbh.